“A dream is a small hidden door in the deepest and most intimate sanctum of the soul, which opens up to that primeval cosmic night that was the soul, long before there was the conscious ego.” 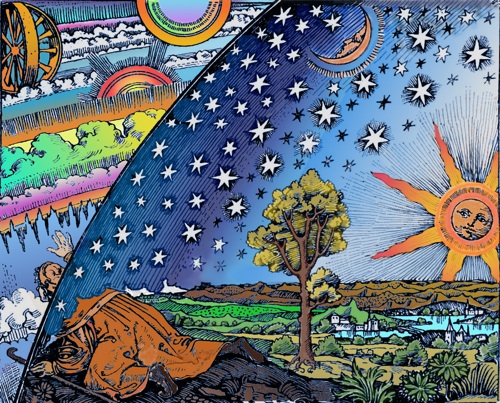 Archetypes are the secret forces behind human behavior.

Because archetypes reside in the unconscious—the part of our minds we aren’t aware of—they influence us without us knowing it.

“The archetypes,” Marie-Louise von Franz writes in Archetypal Dimensions of the Psyche, “are inherited dispositions, which cause us to react in a typical way to basic human problems, inner or outer.”

When you can observe an archetype operating within you, you have differentiated yourself from the archetype.

This differentiation is important because when you can separate yourself from an archetype, it’s less likely to influence your behavior in deleterious ways.

Examples of common archetypes include:

But ultimately, every word or image represents an archetype. They are everywhere.

How do archetypes influence our behavior?

Jung described archetypes as “the forms which the instincts assume.”

Instincts are like biological urges. When we trigger an instinct, it activates a pattern of behavior like running a software program on your computer.

Because these patterns are pre-existing, archetypes are predictable. No matter what image of the Hero you hold in mind, for example, certain patterns of behavior and personality traits arise like bravery, valor, persistence, and action.

So when you think of archetypes, think set patterns of behavior shared by all of humanity.

In Man and His Symbols, Jung explains that archetypes “are the pieces of life itself—images that are integrally connected to the living individual by the bridge of the emotions.”

When you experience an emotion, it is the emotion of an archetype.

Every human being has an inner world. It’s the home of our fantasies, imagination, and emotional life. This inner world is the source of personal meaning.

Archetypes tap into the emotions of our inner world and give life a sense of personal meaning.

Archetypes provide a powerful way to understand our minds.

We tend to think of the mind as a singular unit. “My mind” assumes a unified sense of self (or I).

But a careful examination of the mind shows this view to be incorrect. Instead of the mind being singular, it’s plural. A pantheon of archetypal characters exists in our minds.

Various forms of therapy seek to integrate these archetypal characters. They each have a different language to describe them.

In psychosynthesis, they call them subpersonalities. In Internal Family Systems, they are parts.

Psychologist John Rowan defines a subpersonality as “a semi-permanent and semi-autonomous region of the personality capable of acting as a person.”

By whatever name, we come to see our minds as a collection of these semi-autonomous personalities, or archetypes.

We begin to see how complex our minds are and the hidden, often opposing forces influencing our behavior.

Our goal in working with archetypes is to bring the forces of the unconscious into balance with our conscious mind—to integrate the archetypes to come to psychic wholeness.

Archetypal psychology is a powerful way of getting to know your psyche. It’s also a means of understanding the motivations of others.

The more you can identify the archetypes in others, you more you can see the patterns of behavior within yourself.

Conversely, the more you can witness these behavioral patterns in yourself, the more understanding you’ll have for others.

The ancient Greeks were the last civilization that appreciated the power of archetypes. The Greeks called them Gods and Goddesses.

I offer a complimentary 20 minute phone consultation for new clients.